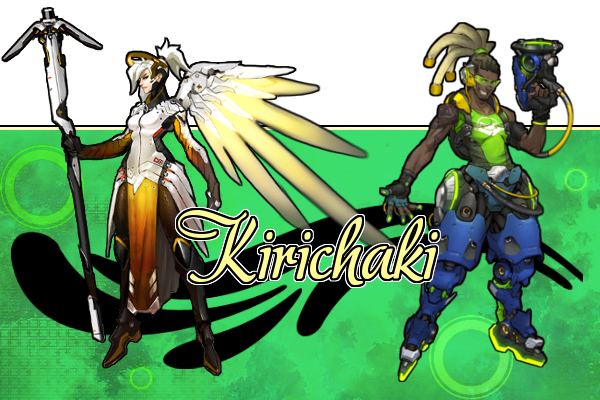 Hewwo! My username on this site is Kirichaki but my real name is Curry which I prefer to go by, so even if you don't know me very well feel free to call me by that! You may know me from the Smash Camp event I've co-hosted with Bossvelt for the past six? years. I've also been known to play lots of Overwatch (as probably hinted at by my banner lol) and really love it. I am also a MASSIVE Danganronpa fan.

How did you get involved in Smash Camp?
Back in 2012, the then leaders Mike and Spirit were looking for counselors for their 2012 edition of the event and onto the Mario Forums they came, where I was currently holed up. I decided it sounded like fun and decided to sign on. I was a counselor in 2012 and 2013, and have been staff and/or leader ever since.

Who is your Overwatch main?
I'm a pretty flexible player but I'd say my "mains" are Zarya, Sombra, Ana and Lucio. Though, I play lots of other heroes as well, including a fair bit of Mercy.

How did you get your username?
"Kirichaki" is a combination of my 3 favorite characters from the 3 main Danganronpa games. Kirigiri (which I thought sounded cooler than Kyoko), Maki, and Chiaki are my 3 favorites of the series and Kirichaki is just a mashup of the three of them.

Who are your favorite Danganronpa characters?
Like mentioned above, THH: Kyoko, DR2GD: Chiaki, V3: Maki. Outside of those 3 it's probably Makoto/Sayaka, Gundham/Fuyuhiko/Hajime, and Kaede/Ryoma respectively.