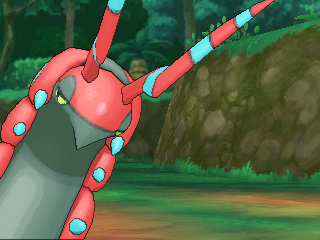 Greetings, you! Yes, you! You who clicked on my profile, even though you could have clicked on that of any other user here, you decided to choose mine to read! Well then, in that case, read on and learn more about me. I've been into Pokémon for almost two decades, so it's obviously been a big part of my life and what I've liked.

About Me:
(will adjust later)

Forum Stuff:
+ I first joined the original forums in September 2012, pretty soon before the transition to Curse.
+ My previous usernames include supernova37, GoldenFlicky24, and Laplandror. This name I first used on PokéCommunity before taking it here in December 2015. It comes from a fusion of "Pendra", part of Scolipede's Japanese name, and "flare", from "flareblitz37", a former username that I had on that forum in late 2013/early 2014.
+ Speaking of PokéCommunity, I can also be found there under this username, but I rarely post there anymore at all.
+ My most common places to find me would be in the various Pokémon forums throughout the site, and the Pokémon playthroughs forums. I'm also pretty active in the club forums, most notably the Casual Clubs section. More on that later!
+ Want to learn random stuff about me? Ask here!

Clubs I'm In:
(this will be adjusted)

So right now that's what there is about me! This is currently under construction and more will be added soon. But I'm always open for talk, so feel free to message me if you're up for chit-chat. Thank you very much for reading!