It has been millennia since the continents of Valm and Ylisse were last called by those names. Warfare has changed, long gone is the age of axes, swords, and bows. War is now waged with bombs, guns, and tanks. The dragonkin, or Manaketes as they are still called today, still exist although their number is constantly dwindling. In another seven hundred years, they might be extinct. The beast folk fare no better, small populations remain and very few are willing to get involved with human affairs any longer. Despite all the changes, nobility still seems to exist as though there were no force that could eradicate the Feudal system. Every army is led by a lord, one who leads their own country served by lesser nobility or by the rank and file of volunteer soldiers. The fact that there are more countries on both continents than ever before has made war far more common than it was in the past. You are citizens of a rather small country on the northwestern coast, a place that shares the continent's name. Welcome to Sanctum, a country made up of many cities (which I may actually need help naming). One way or another you came to live here, either born and raised or immigrated from the bigger countries. In the center of the country of Sanctum is a major city called Invicta. Invicta is home to the royal family of Sanctum. To the immediate south is the country of Dracul, far larger than Sanctum and its closest ally at the best of times. To the east you'd find Tambur, known for it's warlike customs and animosity towards Sanctum. The lord of Tambur, one Octavian van Rex, is an evil tyrant and must be stopped. It's been rumored that he's in league with someone far more powerful than himself and he's already captured most of the countries on the continent, only Dracul and Sanctum remain. Word has not traveled across the sea from Gilead, as far as you're aware nothing has happened on that continent. To make matters worse, the good king of Sanctum, Theophrastus, has passed away in the night of mysterious causes. Rumors continue to circulate that he's been poisoned, but no evidence has been found that supports this theory.

As you can surmise, your goal is to stop Tambur at all costs.
Rules

Name: Winston Exampleton
Country of Origin: Sanctum/Dracul (although if you can come up with a name for one of the countries on Gilead then that works too)
City of Origin: Anytown (Seriously, I'm not incredibly creative so just put any city name you can think of)
Class: Standard FE classes (Some restrictions apply, read rules)
Appearance: Pictures are not required, but if you want to use them go ahead. Otherwise provide a description of your character in at least three or four sentences.
Personality: At least three or four sentences, if you want to do more please do.
Backstory: See Personality.
Other: If you don't know what to put, read the rules again. And please pick a text color for your character.
Accepted Characters
Lord Arman Dedrick of Dracul.
Fyrin West, Myrmidon.
Katherine Grimheart, manakete.
Last edited: Mar 14, 2019 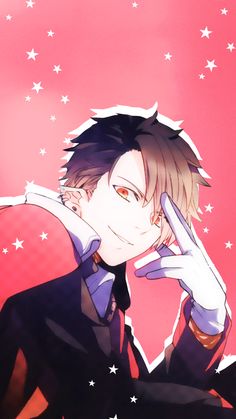 Name: "I am Arman Dedrick, hope of the new world!"
-
Country of Origin: "Dracul, but surely you knew that."
-
City of Origin: "The beloved Elpida."
-
Class: "Often I'm identified by the archaic term Ballistician."'
-
Personality: "I am the perfect pop star and I know it! I make it quite the goal to be beloved by my people, although in the end it only draws me more enemies. I can be loud and obnoxious if it suits the occasion, but otherwise cool with a ringing of 'I'm better than you.' Because, although I often find myself at home among common folk, I must be something people seek to be like. An idol should never let their guard down!"
-
Backstory: "As a not quite lone, but certainly alone child I was given the attention one would expect of the former, especially in a noble family. I was raised with an enigmatic passion in my veins, and that was applied in both work and free time. Although I was trained for combat, and this was only suitable in our present time, I still sought after fame on my own. If my name could burn the world, that's all I could ask for. Most especially, I tended to push this onto my friends. So, although I sometimes feel bad for doing so, I believe it's all turned out quite alright. After all, now me and my band mates get to take on the world in two ways! Fufufu~"
-
Other: "Greetings, Avatar. Care for some tea?"​

Name: Fyrin (FEAR-in) West.
Country of Origin: Dracul
City of Origin: Varndian
Class: Myrmidon
Appearance: Fyrin has short, spiked gray hear, always adorned with a white and dark blue headband. His dark blue short sleeved shirt is covered by a black chestplate of armor. He wears hakama pants. He wears bamboo sandals and white socks.
He respects the clothes his class wore in times past, as he wishes to emulate that class as best he can.
Personality: Fyrin tries to live up to the loyalty that a class such as his embodies. If he finds a lord he respects, and is willing to serve under, he will do so to the best of his ability. He enjoys the company of others, and tries his best to act warm and friendly with those he meets. Sometimes, there is the ulterior motive of convincing them to serve for his Lord. Not always, though, he swears.
Backstory: Fyrin’s father was a Myrmidon for a powerful leader, and fought by his Lords side until they were both killed in battle. Fyrin always r respected his father for his dedication, and wanted to follow in his footsteps, much to his mother’s dismay. While Fyrin also respected the healing abilities his Cleric mother possessed, he felt his calling was always to serve with honor and dedication. So when he was old enough and felt confident enough in his abilities with a gun, he set out on his own, looking for a Lord to serve.
Other: Perhaps this Avatar is one I can serve. I forgot to choose a text color. I'll use #FBA026
Last edited: Feb 19, 2019

Country of Origin: The former country of Gyropia, now a part of Tambur.

City of Origin: The small outlying city of Ambrus

Appearance: She wears a knee length dress with a skirt of multiple layers, alternating between lilac and violet, with violet leggings and sleeves that poof out from the elbow to wrists. Her hair is white as snow, with part of it tied back into a long ponytail, while the front is left loose to fall around her face. She has pale green eyes and slightly tanned skin. She often wears a hooded cloak of deep purple, though rarely uses the hood itself.

In her dragon form, she has feathery wings and brilliant white scales, with hint of lilac around the eyes and wingtips.

Personality: Puts up an outward facade of cool uncaringness, hiding her fragility beneath. She is slow to trust, and pushes people away, lest they turn on her. Beneath all of this, she cares deeply for others, and wishes to avoid needless pain however possible, while acknowledging that making meaningful changes often requires sacrifice of ones own ideals.

Backstory: Being adopted as a baby, Kathrine never knew her biological parents. She had a relatively uneventful childhood, keeping out of trouble and working towards a job as a teacher.

When she was 20, she met a man and they fell in love. As per Gyropia tradition, she was bought an engagement necklace, however, when she took it, a strange energy overwhelmed her, causing her to black out temporarily. When she came too, her fiance was terrified of her, claiming she had transformed into a monster, and quickly broke of the marriage. From that moment, Kathrine became more closed off, keeping the necklace for sentimental reasons. She leaned to control her transformations, but chose to keep her power secret, lest her entire homeland turn on her.

When Tambur invaded, Kathrine avoided all the fighting, for fear that her heritage would become known. Because of that, Kathrine felt immense guilt, feeling that Gyropia’s fall could have been avoided if she’d taken part.
Along with a few others, she has began to form a rebellion to free her home from Tambur control. These few are the only ones Kathrine trusts enough to reveal her true power to.

Other: “In the past, Dragons have been known as Avatars of destruction. I will not such a fate to befall myself.”
(If this colour is too close to Foolhards I can change it)​
Last edited: Feb 19, 2019

Kathrine Grimheart is Accepted. As for the text color you've chosen, it doesn't seem too close to Foolhard's at all. We need at least one more player before we can start.
Last edited: Feb 19, 2019

"Such an elegant and luxurious dress! Please do be careful about it in combat."
An almost audible pause for thought.
"As for Fyrin, I do dearly wonder if there is a perfect Lord out there, just waiting for honorable companions..."

Signature by Meloetta/Lumina back on Azurilland
Participating in the Mystwind Highschool RP Here: https://forums.marriland.com/threads/mystwind-highschool.1455/​
You must log in or register to reply here.
Top