When are we gonna come up with a schedule for us to do our Soul Link?

@Varhii: Yeah, a set-in-stone would probably be a good idea, wouldn't it? XD Honestly, I don't mind how we've been doing it so :shrug:

bump because why not

Why did you choose 'Resolute' as your username? For definition? For history? For memes? 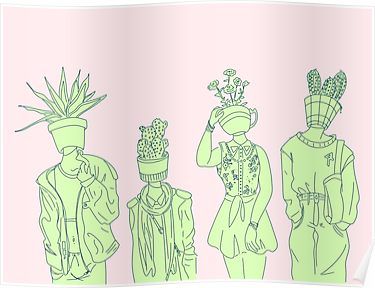 The Paradoxical Plant Invasion Is In Course.
Be warned, We will release oxygen near you.​

@Pentatope It's a funny story, actually! Back on Azurilland, I used to go by Za_Destroyer. It was a name that I came up with probably in 5th or 6th grade, so as I got older, I wanted something a bit more mature. I originally intended to use ResoluteAbsol as my name, but shortened it because a) I thought it sounded better and b) I don't actually like Absol all that much. :3

The idea behind it was that Absol looks a bit like Keldeo, which is the Resolute Pokémon. Nowadays, I think it more or less symbolizes the fact that when I start something, even if it goes south, I try to stick through to the end. As some people say up here in northcentral PA, I prefer to "keep truckin' along." Hopefully that makes some kind of sense!

Do you read any webcomics?
Favourite thing to do on a rainy day?
Have you ever caught a spider?
What do you think of the artist "an Unkindness"?
It doesn't matter where we go, there's
always someone that doesn't agree with us.

Do you read any webcomics?
I was into the 2b2t webcomic and Drive a while back, but I don't read any right now.

Favourite thing to do on a rainy day?
I like to grab a bowl of soup (preferably chicken noodle, clam chowder, or corn chowder), sit down wrapped in a blankey, and play a video game I can sink my teeth into like Skyrim or Pokemon.

Have you ever caught a spider?
Can't say I have, unfortunately.

What do you think of the artist "an Unkindness"?
I'll have to get back to you on that. I've got like 3 other bands I've wanted to check out thanks to LL and I haven't been able to owo''

What would be your favorite pokemon to keep as a pet and why?

Have you read any comic books and if so which company do you prefer?

Would you rather be a crab or a woodlouse?

Are these questions annoying?

What would be your favorite pokemon to keep as a pet and why?
I'd say Ribombee, because it's cute and my second favorite Pokémon. :P Plus, I can eat a Pollen Puff when I'm sick! ;)

Have you read any comic books and if so which company do you prefer?
I have! I read a bit of manga and a bit of American comics. Although I don't really have a favorite company, I prefer the Marvel movies over the DC ones. My favorite character is a tie between Spider-Man and Batman, so I guess I kinda like everyone. :)

Would you rather be a crab or a woodlouse?
I'd say a crab because they live in the ocean. Plus, they're bigger.

Are these questions annoying?
Not at all! I'm always happy to answer them.

Are you a fan of Macbeth? Your username reminded me of a line from it.
Δv = Isp g0 ln (m0/mf)
Not actually Icelandic

bump bc I hope I'm allowed to :J

Do you play any rom hacks? There is a popular rom hack called "Pokemon Resolute" which your name consequently reminds me of. :P

I do, actually! I've played Pokémon Glazed, Pokémon Crystal Clear, and Pokémon Orange and I've really enjoyed them all.

I CAME BEFORE POKEMON RESOLUTE THEY STOLE MY NAME REEEEEEEE

Actually, I've wanted to try that one just for lols to see if I like it :)

How does it feel to serendipitously become the main protagonist of Autumnfire?

If Martin Cashmere was in this world with the same theme, what would be his job?

Favorite and least favorite parts about making your music?

Favorite MS Paint drawing/picture-butchering you ever made?
♪ I spy overlying wings swing as I go / Dive right into the free air and rouse the sun ♪

How does it feel to serendipitously become the main protagonist of Autumnfire?
See, that's the thing. If I'm going to be completely honest, I don't like to think of Martin as the protagonist. I feel like everybody's a protagonist, and I don't want to steal people's spotlight or impede them from doing what they want with their character.

That's not to say I don't mind putting my character in the spotlight, but I don't want to hog it all to myself. :3

If Martin Cashmere was in this world with the same theme, what would be his job?
I've never thought about that! I definitely think Martin would either be a handyman or an actor that uses his Theme to do his own stunts. I could even see him as a firefighter. Maybe not in a big city, though...Sixth Sense might make that an issue. D,:

Favorite Clarion meme?
Oh, that's hard. There's so many good ones...but I'll have to say a two way tie between Eli fainting in the tutorial battle and

Favorite and least favorite parts about making your music?
I'd say the answer to both is the limitations of the soundchip of the Game Boy. Let me explain.

The soundchip in the GB and GB Color can play a maximum of 4 notes at any given time: There's 2 pulse instrument channels, one bitcrushed and primitive wavetable synth, and one white noise channel for percussion. So, as far as complex chords go, unless you're willing to take the time to fine-tune a complicated arpeggio instrument, you're out of luck. Plus, changing the volume of the wavetable synth mid-song is really frustrating. It has four settings: mute, practically mute, too soft, and too loud! :D I hate spending time making a nice wave bass and having to practically turn the entire song into earrape just so the bass doesn't overpower.

Despite these limitations getting in the way of being able to make a song sound perfect, I like them because they force me to think creatively to get around them. For example, instead of using blocked chords, I'll try and fit the bass and melody parts together so that they imply chords without the chords actually being there. It's super fun to manipulate the parameters of each channel to make instruments sound unique, as well; I've seen some crazy hard kicks done with wave channels that just blow my socks off!

Plus, being limited to 4 channels really helps with writers' block. It's easier for me to write music with limitations than to start from a blank piece of paper.

Favorite MS Paint drawing/picture-butchering you ever made?
Easily the theme I made for AT Ben and I last year for AzuriProm. It had actual meaning behind it and wasn't a complete meme...emphasis on complete. :) That, and it was one of the earliest "purposely bad" pieces I made. It's got some nostalgia behind it. :)

Loudred's Lounge | AMA​
You must log in or register to reply here.
Top