@Godot I haven't heard of Diablo or Gauntlet, but the plot sounds interesting. So do you have to fight against all the villains?

@Pendraflare that's awesome! I did see your picture with Ariel, but it would be great if you want to post your pics here. Did you have fun? And yee, like Athena I'm curious about what rides you went on :3 haven't been to Disney myself in a while.

@PyroKinesis welcome! Glad to have you here ^^ And true. Don't remember much of Zootopia (only saw it once) but the sheep was very deceitful.


@everyone Since we were talking about Disney theme parks, what's your favorite one? And if you haven't been to Disney then what's one park you'd want to visit? Count this as question #4! :D
• Friendship/Recognition List • Extended Signature

Mystical said:
@everyone Since we were talking about Disney theme parks, what's your favorite one? And if you haven't been to Disney then what's one park you'd want to visit? Count this as question #4! :D
Click to expand...

I haven't been to any Disney park (mainly because I don't have the patience for doing all the planning required or the crowds), but EPCOT is my favorite from afar. Great atmosphere, great fireworks, great rides, etc.

Yeah, you have to fight all the villains. At least from what I recall. The Galactus fight was frustrating (probably because the wii version had motion controls that just didn't work... Wii-motes were not the most responsive controllers)

As for theme parks: I'm in love with the idea of Disney parks, but not being able to go on rollercoasters or certain rides (due to brittle bones) would be a deal breaker. I'll just continue to look at the various Disney lands and worlds from afar... While also being sorta close to a park owned by one of Disney's competitors in Animation: Warner Brothers, because they own Six Flags.

Godot said:
While also being sorta close to a park owned by one of Disney's competitors in Animation: Warner Brothers, because they own Six Flags.
Click to expand...

Small correction, Warner Brothers doesn't own Six Flags, Six Flags simply has an agreement with them to use their properties across the parks.

I live way too far away from any disney parks... But then again, most of my favourite disney stuff is too obscure/minor to be featured there anyway. Like Wander over Yonder. I doubt there's anything at disneyland relating to that show...

I do like that one guy who got really into character as Gaston. Dunno which park he was at, or if he still works there, but someone filmed him being challenged to a push up contest and it was awesome. So if he's still there I'd like to go to that one.
And the dragon-Maleficent float/robot thingy is pretty cool. I'd like to see that in person sometime.

Ah. Scratch that then. Doesn't change the fact that Six Flags is one of Disney's competitors in the world of theme parks. Sea World probably qualifies as well (and is another one I live relatively close to)... No, I'm not in San Antonio but that is the closest place with theme parks to me.

It's been confirmed that both the Halloween and Christmas parties at the Magic Kingdom will be getting new fireworks shows this year, so that's good. Put that new Happily Ever After technology to more use!

Name/Username: Biohazard
Character you want to represent you: Frollo

@Biohazard welcome to the club Wiktoria! Feel free to join in the conversation and answer the questions.

@Pyro oh. I get that. Alao yeah EPCOT Is nice though I don't remember much of it, since I went as a child.

@ Godot ah, I get it about the game and about not being able to go on the rides. Maybe you could still see the shows and things that don't require a lot of movement.

Tbh, I haven't gone to Disney in at least fifteen years so I have no idea what has changed. But I enjoyed Magic Kingdom. I also enjoyed stuff like a Toy Story ride. There was also a Muppet and Bug's Life 4D show but little me got scared because it was too realistic and we had to leave.
• Friendship/Recognition List • Extended Signature

So I found this. It's a list of all the movies from Disney and you can check the ones you've watched. I've watched 153 and on the top 30% of people who've made lists there. Thought it could be fun if you guys wanted to check it and maybe list the movies you've watched. 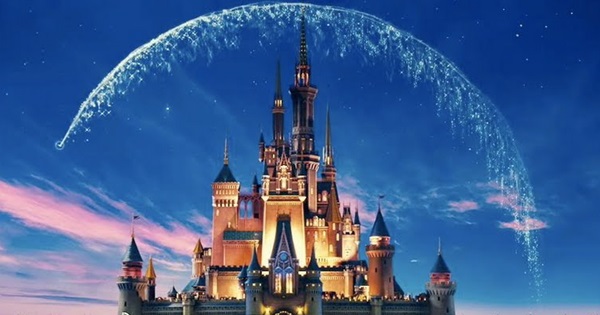 A complete list of every movie Disney has ever produced or helped produce. From Wikipedia: Walt Disney Pictures is an American film

I've seen 155 of them, most of those were when they were on the Disney Channel. Very few of them were good, a couple (specifically the ones from '05 or '06) I watched of my own accord when I was younger and in hindsight I'm disappointed in myself. Expecting Chicken Little to be good, what the hell was I thinking. Although I look back on some of the ones that were good at the time and cringe, (specifically the Pirates movies, but also Narnia I hated the Narnia movies and yet I watched them) May have counted a couple that I owned on DVD but hadn't watched, although it's not like that makes much difference, I would have gotten around to them eventually. Bridge to Terabithia is one of the ones I saw in theaters when it came out, and I haven't really gone back to it. It's on Netflix now, so I might rewatch it sometime tonight and see how well it holds up.
Last edited: Apr 16, 2019

I've seen 170 out of 538, (probably soon to increase once I see a few newer ones lol) and am in the top 24%. I've seen a lot of random movies everyone forgets about, like Homeward Bound, and most of the well-known ones of course. I even saw Song of the South because my uncle has a copy from the Philippines (he lived there and his wife is from there), and I can understand why it's considered offensive tbh...
Most of the ones I haven't seen are Disney Channel or the really old live-action ones. I kinda have no interest in seeing most of those ones, but will if they're in front of me.

Homeward Bound was one of my favorites (and one of their few live-action films I liked for a long period of time, along with Mary Poppins) when I was young. I vastly preferred the animated stuff, but Homeward Bound was good. A lot of the ones I regret watching were Disney Channel era, some of the live action stuff like Treasure Island I enjoyed because I'd been reading the book around the time I found it on Netflix. There are quite a bit of movies in there that I watched when I was young and wouldn't be caught dead watching now. I believe I'd count most of the direct to DVD/Video animated sequels in that category (with the exception of Lion King 2, guilty pleasure I know it's bad but I enjoy it so much) and yes I'm including Return to Neverland in that list despite the fact that it did get a theatrical release.

Guys...I just got this since I’m signed up for their ads and something feels...off.

Lmao Chicken Little was weird. Homeward Bound is nice, though I may not have seen the Disney version. I saw a Homeward Bound 2, but it's the same principle of the pets trying to go back to their owners. And I enjoyed Lion King 2 as well! And, well, 170 is a lot more than I've seen, haha. Some I don't really care for, though, so I don't mind that much. And also, I'm still not really sure if the Ghibli films should count, but those don't make a huge difference in my count anyway.

And that poster or whatever it was looks like those toys they try to make look appear like the originals but are obviously fake. I don't think they'd look like that with today's animation technology.
• Friendship/Recognition List • Extended Signature

Mystical said:
And that poster or whatever it was looks like those toys they try to make look appear like the originals but are obviously fake. I don't think they'd look like that with today's animation technology.
Click to expand...

Those are toys, not the movie lol

When the Toy Story toys don't look like the toys from Toy Story.

Oh, haha, I see. Wasn't sure what it was.
• Friendship/Recognition List • Extended Signature

I scored 75/14% Most of that came from all the Winnie the Pooh films on there.
So many old live action disney films I never even knew existed...

Also, I just realised Wreck it Ralph is almost 7 years old! 0_0 Where has the time gone?!

Somewhere we'll never be able to get it back... The past.

On a more on theme note: there are a lot of older Disney movies I've never heard of or movies I watched without knowing they were Disney. Fun Fact: Technically Pulp Fiction was and wasn't a Disney movie because Miramax was one of their acquisitions before it released. Basically every movie Miramax produced after June 30th of '93 and prior to December 3rd of '10 was a Disney movie (Including the third Neverending Story movie domestically, internationally it was published by Warner Brothers). This includes a couple Pokemon movies namely: Pokémon 4Ever, Pokémon Heroes, Pokémon Jirachi The Wishmaker, and Pokémon Destiny Deoxys.
Last edited: Apr 17, 2019