Everyone is Mafia: Part whatever

We are back with the pew pew wackiness
Will we be using some of the new roles who nose!!!


This game will be played anonymously. When you sign up, you must PM me a nickname/alias you would like to go by in the game.

When the game begins, I will post a list of everyone's alias. These names are your targets.

Every player will have 1 "shot" per night. You may pick any single person to shoot each night. You must PM ME your shot every night. You cannot use Discord to send me your actions UNLESS there is a reason you cannot PM me on the forums.

In addition, every player will start the game with one Bullet Proof Vest(BPV). A BPV will protect against any ONE shot over the course of the entire game. If you are targeted by more shots than you have vests(ex: Player A is targeted by 2 shots on Night 1) then you will die.

Every player will also be granted a role! A role is basically a free perk that you can take advantage of every night. It may be an ability, or something like having 2 shots per night, or starting the game with more than 1 BPV, anything! I will PM you your role along with an explanation of what it does.

Think of your alias and role as your tools as well as bargaining chips.
I RESERVE THE RIGHT TO MODIFY ROLES IF I SEE YOU'LL WIN EFFORTLESSLY (ie. you found some loop to give someone infinite BPVs)

In addition to the list of aliases, I will post a list of users who are alive. The names won't correspond directly to the aliases, and you aren't allowed to PM me saying "shoot Bossvelt" it has to be one from the alias list. This list is just for informational/bragging purposes.

You're also not allowed to shoot yourself unless your role PM says otherwise.

Once a player is dead they cannot be revived under any circumstances later in the game, dead means dead.

Posting in thread as well as communicating via outside means is fine, telling people your alias and role are fine, forming alliances is fine, betrayals are fine, almost everything is permitted EXCEPT...

No posting info if you're dead(ex: giving away all info on other players you have after you're already dead)

Do not take screenshots of your role PM or chat logs, these have been photoshopped in prior games and made a mess so assume they're fakes. Tell me if screenshots are going around and I'll give the player a warning.

Each Night lasts 24 hours maximum. Failure to send in an action once will result in you being removed from the game. Normally I'm lax with this rule, but Smash Camp only has so many days.

Once I receive all actions, and publicly declare it, actions are considered locked and phase ends. Results will be posted and the next phase will begin immediately. NOTE that on the final few days, if there is a low player count(3 ~ 5) I will hold a lightning round where all actions are locked immediately after I receive them all and will post results, so it is not a 24 hour cycle.
Be the last team standing or a circumstance happens where a tie takes place
Right now I want a minimum of 4 players per cabin. If it so happens more players want to play and every cabin has an equal amount interested then I will increase the number of participants (no worries I got enough roles).

Cabin counselors I would prefer you guys make a topic in your subforum so you can show me just who exactly is interested that way I can gauge if I'll have 16 players or 20 or 24 etc.

NOTE: do not post here yet your counselors will be making threads in your respective cabins to get the minimum 4 that are interested

EDIT: point values for the winner/winners will be made clear once the game is over
Last edited: Jun 24, 2019

Update: you sign up in your cabin's thread but you can pm me your alias if you wish unless you really don't care and wanna say it In the thread

time to get shot 23 times in the chest 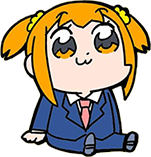 Can't wait to shoot Lizzy 23 times in the chest
"Cyrus is my name. Remember it..." 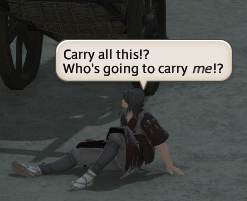 Exactly as it says on the tin, huh?

WHO CAN RELATE? WOO!

Wanting to die is not a personality trait.
"Cyrus is my name. Remember it..."