i made this topic foreeever ago on azuri but rly wanted to remake it here!

i'm really bad at finding favorite artists or favorite genres, since i go back and forth between them and rarely really focus on them in that way... but what I do love, is finding favorite albums that I always come back to. I could be in LOVE with an album but never really get into other stuff by that artist... or i'll love every album by an artist and enjoy seeing how they compare... either way I just find albums absolute works of art in the way they decide to compile and make the tracks flow together (or not!), so i wanted a topic to discuss them.

what are your favorite albums? if you'd find it fun, maybe make a top 5/10 list as well=)
There's a lot of beauty in ordinary things.

I cant really rank them but i'd say


And no, Twenty one Pilots and Cage aren't the only bands I listen to, but any other artists I only like a few songs from.
AMA!

credit to katey for this lovely avatar <3

when i stan someone, i stan them hard lol

i excluded dupes and videogame/anime OST's.

For the most part I only enjoy a few songs from each album I listen to. There are three major exceptions.

Third favorite: Emotion by Carly Rae Jepson
Jepson’s lyrics and production here are noticeably better than in her older albums. The synths are pleasant to listen to, and her voice sounds more distinct. There’s also a “B Side” that includes some cut songs. Highly recommend both this album and the “B Side” to anyone who likes synth pop.

Standout Tracks: Making the Most of the Night, I Really Like You, and Run Away With Me

Second favorite: 24k Magic by Bruno Mars
There’s a sense of energy in this album that I wish more newer pop music had. Mars sounds like he had a blast preforming every song, and his silky smooth voice carries the whole thing. The only thing holding this album back is the short length. Otherwise, I wouldn’t change a thing.

Standout Tracks: That’s What I Like, 24K Magic, Too Good To Say Goodbye

Absolute favorite: Punch by Autoheart Spotify recommended one of the songs in this album and after enjoying it, I gave the rest a listen. I do not regret that decision. The combination of synths and live instruments work incredibly well together. Their follow up album We Can Build a Fire is pretty good too, but I prefer the sound of Punch.

I'm In Your Mind Fuzz by King Gizzard and the Lizard Wizard
Flying Microtonal Banana by King Gizzard and the Lizard Wizard
Superunknown by Soundgarden
Nevermind by Nirvana
In Utero by Nirvana
21 by Blur
The Magic Whip by Blur
Mellon Collie and the Infinite Sadness by Smashing Pumpkins
Songs for the Deaf by Queens of the Stone Age
Villains by Queens of the Stone Age
...Like Clockwork by Queens of the Stone Age
Flower Boy by Tyler, The Creator
DAMN. by Kendrick Lamar
Trap Ketchum by shofu
4:44 by Jay-Z
Demon Days by Gorillaz
Plastic Beach by Gorillaz
Neo Wax Bloom by Iglooghost
Clear Tamei/Steel Mogu by Iglooghost
Anachronism by Crywolf
The Downward Spiral by Nine Inch Nails
Year Zero by Nine Inch Nails
Hesitation Marks by Nine Inch Nails
UNDERTALE Soundtrack by Toby Fox
Reflections by C418
Mostly Sunny by Flowertruck
Intro Bonito by Kero Kero Bonito
Time n' Place by Kero Kero Bonito
Twin Fantasy (Face to Face) by Car Seat Headrest
Little Eve by Kate Miller-Heidke
Curiouser by Kate Miller-Heidke
Life In Cartoon Motion by MIKA
Oracular Spectacular by MGMT
10,000 Days by Tool
AEnima by Tool
Polygondwanaland by King Gizzard and the Lizard Wizard
Gumboot Soup by King Gizzard and the Lizard Wizard
Sol Invictus by Faith No More
Oddfellows by Tomahawk
Fragile by Yes
In The Court of the Crimson King by King Crimson
Flow State by Tash Sultana
HEADROXX by Regurgitator
that should be enough

There is only 1 good album:

The Black Parade by My Chemical Romance

I also really like That's The Spirit by Bring Me The Horizon, but as far as albums go, most are a miss for me.
It doesn't matter where we go, there's
always someone that doesn't agree with us.

some ive discovered more recently and very in love with★

hmm i just know im forgettin something aaa but i guess that's gud enuff for now
There's a lot of beauty in ordinary things.

I've always been a fan of an album as a package rather than just an assortment of songs the artist wrote over a period of time. I may add to this list later, but there are several that stand out to me.

The Black Parade - My Chemical Romance
The junior album of MCR. IT's the one that most people end up pointing to when they think of MCR's work. It's honestly my second favorite, but Is till love it and it's overall story that's kinda there along with the great songs. In my opinion, the album slowing down works well story wise, but kind of kills it for me as it feels like it falls off a cliff after House of Wolves and doesn't come back on till halfway through Sleep.

Danger Days: The True Lives of the Fabulous Killjoys - My Chemical Romance
The last album MCR put out and quite possibly my favorite. While the concept behind the album isn't as powerful as CANCER, I feel the album has more memorable songs across and equal amount of listens as The Black Parade. The album does slow down at the beginning of the third act like their previous album, but it doesn't fall off a cliff.

Gorrilaz - Gorrilaz
Just as a warning, Demon Days isn't going to be this list. Not because I think it's a bad album but because I feel it's more unbalanced. It has several really good songs and then a bunch of stuff that to me isn't the best work Gorrilaz has to offer. It feels like they were trying to replicated the experimentation this album had but make it have marketable singles that don't exactly fit in. This album is full of wonky **** from Double Bass to Latin Simone and overall a joy to experience.

Plastic Beach - Gorillaz
Plastic Beach is my favorite Gorillaz album due to how it fits together so well but still encapsulates the versatility Gorrilaz has. Easily my favorite album. Just listen to it.

Madvillainy - Madvillain
This is another album that you should just take my word on and listen to. MF DOOM is a great rapper using creative lyrics and toying with the concepts of rapping to create a really neat lyrical experience. Along with this, Madlib can't go unappreciated for his work on this album either. There's a reason fans are clamoring for a sequel years later.

Flamingo & Koval - Bobby Feeno
A hip-hop/rap album from an ex-NFL player doesn't sound like a great idea until you hear it for yourself. Taking up the pseudonym Bobby Feeno, Arian Foster puts together a simply beautiful experience with brilliant lyrics. My favorite track from this song would have to be Amen with his sampling of televangelists mixed in with him criticizing them. I highly recommend it.

Ocean Eyes - Owl City
Yes, this is the album Fireflies comes from. Yes this a good album. It's very chill. Check it out.

Death of a Bachelor - Panic! At The Disco
I like Brendon Urie a lot and love his work. I think that this is my only exception o liking an album as a whole just due to how jam packed it is with great songs. This album has Victorious, Don't Threaten Me With a Good Time, Hallelujah, Emperor's New Clothes, Death of a Bachelor, and LA Devotee as its singles and the five remaining songs can be considered just as good if not better.

Hellbilly Deluxe - Rob Zombie
Welcome to Rob Zombie. An album inspired by heavy metal, electronic music, and classic horror detailing topics such as the supernatural, chaos, and murder. It is truly an experience for more than just B-Movie appeal. You may have heard a couple songs from this album, namely Dragula and Living Dead Girl. Just dig through the ditches and burn through the witches.

thank you for bumping jaden this is a cool thread

Listing favorite albums is kind of hard since I tend to just pick and choose songs from each albums that I'll listen to rather than listen to the whole thing.

In no particular order:

bts - love yourself: tear for sure. wings and ynwa also slapped but ly: tear dethroned them for good
marina - electra heart
mother mother - the sticks
gorillaz - stuck between humanz and the now now
glass animals - how to be a human being

don't talk to me or my sons ever again​ 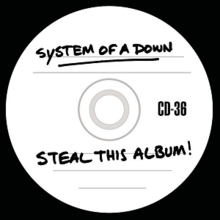 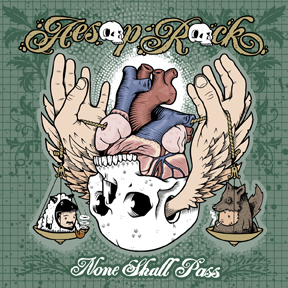 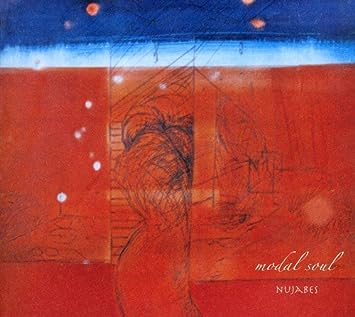 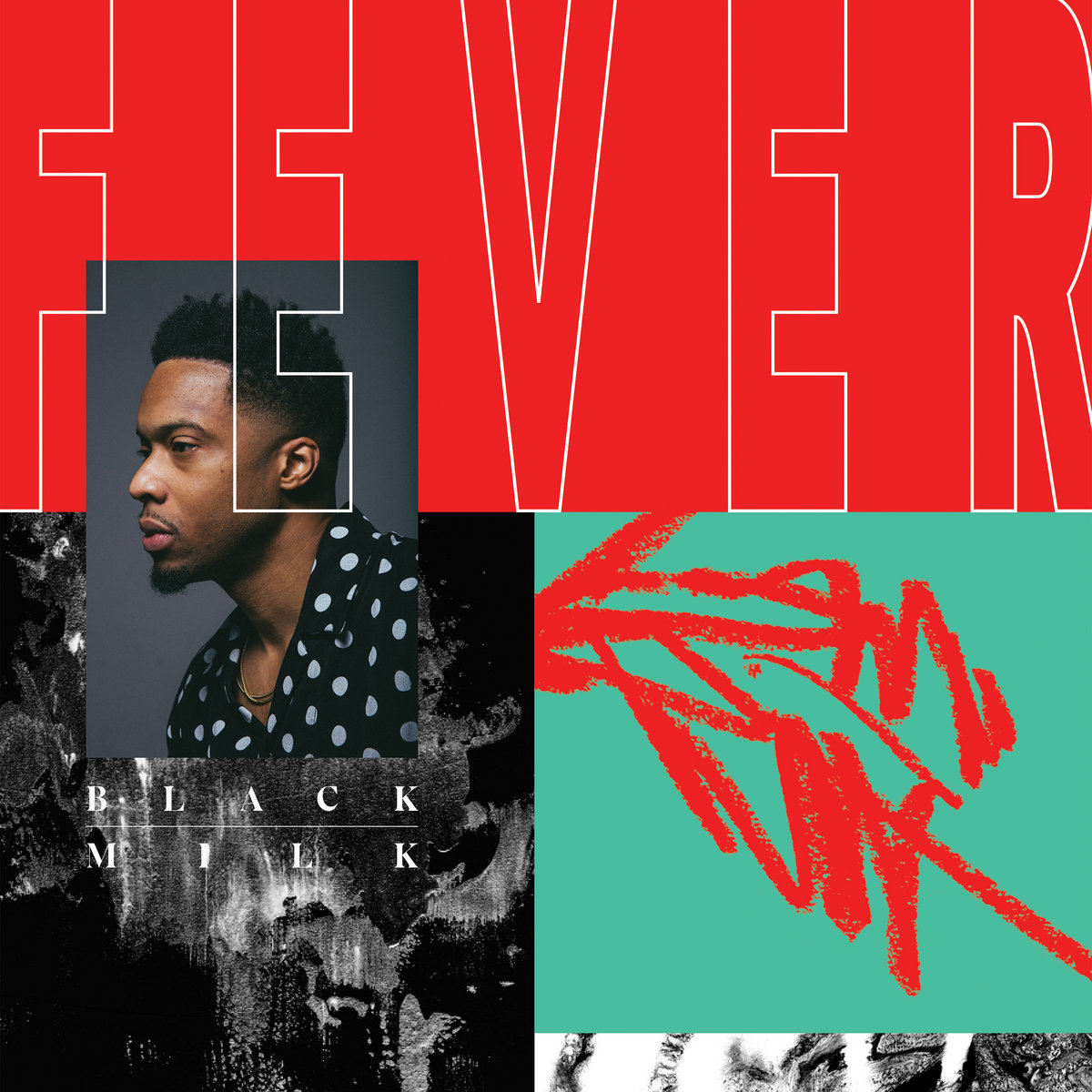 Nobody here ever listen to DGD I see

Aight here's my list in no particular order but DGD ones like Happiness are obvs prioritized cos best band.

Is Survived By - Touche Amore

Always calms me down and gives me a massive reality check. Great album.
It doesn't matter where we go, there's
always someone that doesn't agree with us.