Well, folks, here are some things I wanna say before we get started with the story:
That's being said, let's start the post-game chapters.

Several days after Koh's departure, Hau made a visit to Elio's home out of the blue. He said that some interesting people were looking for whoever the current Champion is. As Elio went out, those people turned out to be Dulse and Zossie whom Koh had told him about when they went home from their battle for the Champion title. Dulse asked both Elio and Hau to come to Poni Island because some stray Ultra Beasts were spotted there. Elio then went back in to grab Koh's Buraimon

along with his own Ignotus

. However, by the time he went out again, Hau and the Ultra Recon Squad duo had already gone. 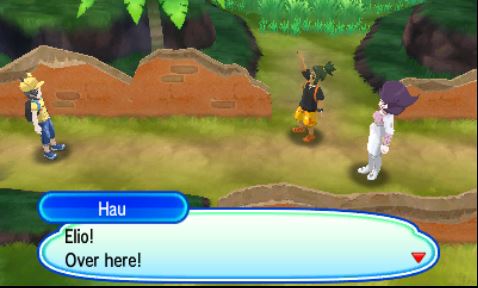 Disclaimer: Elio got his own

outfit from Pikachu Valley. He doesn't borrow Koh's outfit.
This is at Ancient Poni Path, near Poni Grove entrance. Hau and Wicke had been waiting there. Hau told him that the Ultra Beasts were spotted at Poni Grove of all places. Wicke also helped out by giving the boys a Big Malasada for each as well as a

and all of its memory drives from Gladion. It was originally for Koh, but Elio got to keep it instead since the tamer's no longer there in the Pokemon world. He did name the

Fracture Ray, though he didn't feel like using it right away. 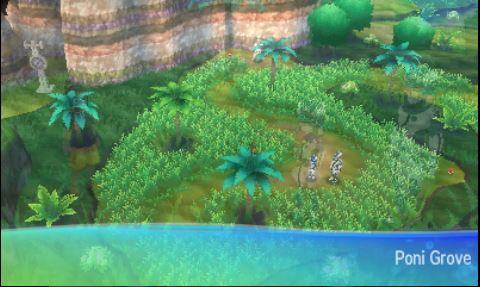 The two boys went ahead to Poni Grove where Dulse and Zossie had been waiting. Apparently the Ultra Beasts mentioned earlier are called Blacephalon

. Being in a whole different world made them super nervous just like Koh and the Ultra Recon Squad duo back then, so it's up to Elio and Hau to calm them down. Zossie also gave them some Beast Balls for this very purpose. Hau managed to get one while Elio got two with Sheriruth

were then nicknamed Afterburn and R+B+G (the latter should be R&B&G tho). They all went home afterwards. 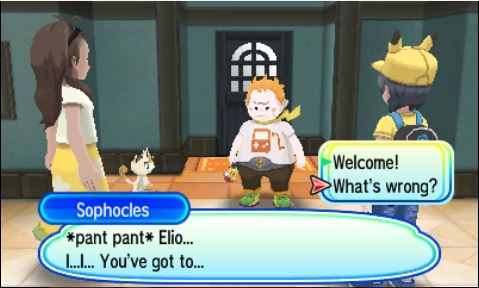 The next day, another person barged into Elio's house again. This time it's Sophocles begging for help. Apparently some random people came out of nowhere and took over the Festival Plaza. This is how it looked like: 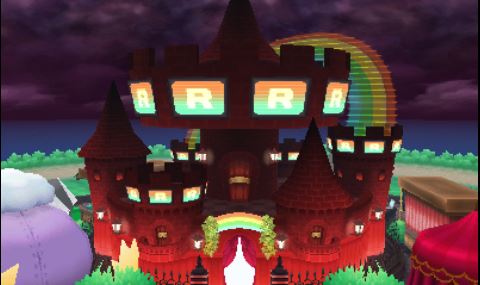 They came inside only to find some people in black uniforms with a rainbow "R" on them. One of them was surprised upon seeing Elio and Sophocles "invading" what they call Team Rocket's Castle. These guys called themselves Team Rainbow Rocket. 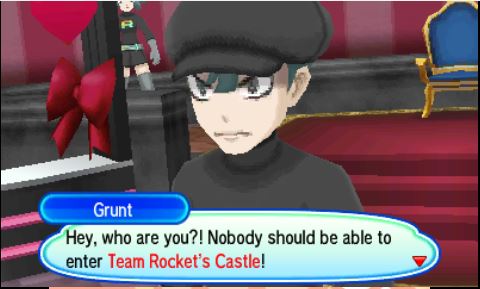 Since they had reprogrammed the Festival Plaza so that no party Pokemon can be used, Elio had to use Battle Agency's rental Pokemon to keep the baddies busy while Sophocles overrode the hack and restored control, eventually booting them out from the plaza. The boys then returned. 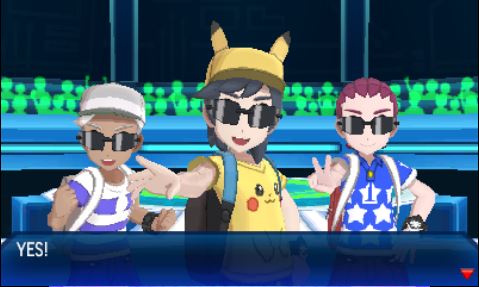 Back at home, Elio found his mom getting excited because their

finally can turn the TV on. Apparently the TV showed Aether Paradise holding a press conference. 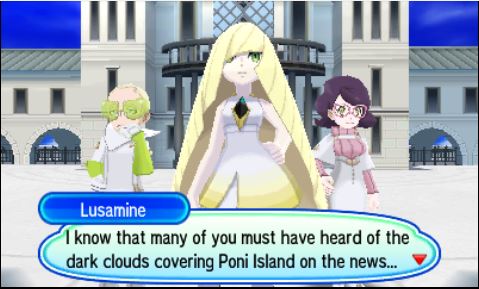 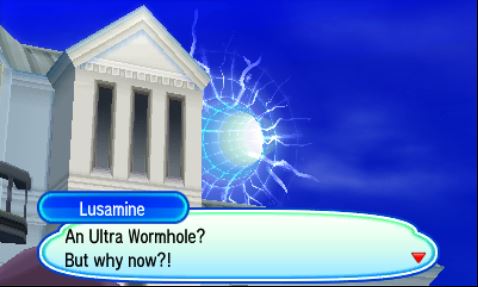 An Ultra Wormhole came out of the blue and the Aether Paradise was taken over by Team Rainbow Rocket. 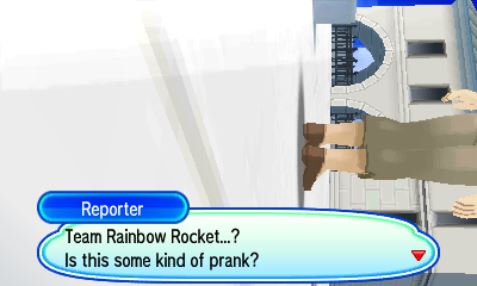 I should've done this part during the most recent April Mop here tho.

And that's when Elio realized that something went wrong there. It's also made even worse by Lillie's sudden visit. She looked super worried after watching the news earlier. 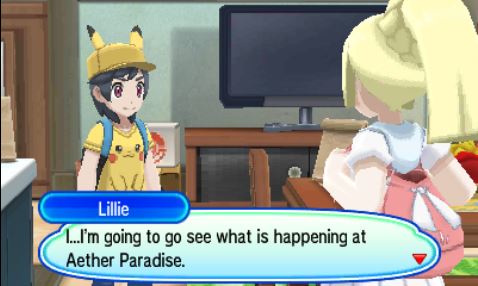 Remembering Koh's and Gladion's pleas to take care of Lillie prior to their departures (Elio had been Gladion's friend long before Koh's arrival), he decided to catch up with Lillie to Aether Paradise.
Koh's Squad

Ask me stuffs here | My stash of whatever | Me in (PokéCommunity | Lake Valor)​
You must log in or register to reply here.
Top