/CHOOSE 9
"Whenever there is a meeting, a parting is sure to follow.
However, that parting need not last forever...
Whether a parting be forever or merely for a short time... That is up to you."
- Happy Mask Salesman, The Legend of Zelda: Majora's Mask

/CHOOSE 6
my head gets so confused, hard to obey

Kilza tries his luck at the door with the number 9 on it. To his surprise, that was the correct door which unlocked the way to the second and final part of the game.

PART 2 - THE FINAL AMBIDEX GAME​
If the first part of the final round served to make sure as many people escaped as possible, the second part will test the trust you built during the past 7 rounds, as well as the BP you managed to stockpile. For this last game, everything's on the line. There's nothing else after this; if you succeed you have officially escaped and won the game.

This last game will follow the exact same rules you're accustomed to, with a single change: the points chart now doesn't represent changes in BP, but odds of escaping.

​
The "X" that appears is the BP bonus: 5 if your BP is 10, and 10 if your BP is 11. As you can see, the probability of success is heavily dependent on your BP. For example, if you have 10 BP, you have a 75% chance of escaping if both sides ally, and 45% if both betray. If you manage to betray while your opponent chooses to ally, you get a free ticket out for dooming your partner, and vice versa. Remember that your own BP is what is used for the calculations even if you're in a PAIR.

Kilza - 10 PAIR
Bossvelt - 11 PAIR
theDINOsaurus - 10 SOLO
Revan - 11 SOLO
Felly - 11 PAIR
Biohazard - 9 PAIR
Cynical_Toast - 10 PAIR
LuluRina - 9 SOLO
Dregran - 1 PAIR​
Since we have 8 players, while this game will still follow the 2v1 format, remember that one of the spots has been eliminated and will automatically ally, or, in this case, simply not vote.

I'll be sending the PMs shortly. You have 72 hours to send in your actions! The results will be announced after that time limit or when everyone has voted. Good luck!

Ok we should all ally I'm going to ally for sure and I don't want anyone else left behind so.

just publicly stating that i plan to ally. up to you guys whether you want to doom me or take the risk along with me. @Cynical_Toast @Felly

LuluRina said:
Agreed, Ally is the way to go :)
Click to expand...

Oh good, this saves me the effort of PMing you and making sure we both allied, lol
"Whenever there is a meeting, a parting is sure to follow.
However, that parting need not last forever...
Whether a parting be forever or merely for a short time... That is up to you."
- Happy Mask Salesman, The Legend of Zelda: Majora's Mask

And now, for the moment you've all been waiting for!

Here are the results from your game! And would you look at that, everyone escaped! Just so it's clear, there was no manipulation on my side. By my calculations, this scenario has a 10% chance of happening, so you all got pretty lucky! 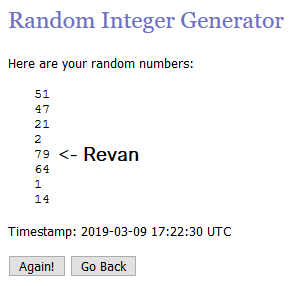 Revan was actually on the brink of staying behind. If he hadn't betrayed Dregran on round 6, he wouldn't have escaped

So that's the conclusion of the Ambidex Showdown! All around a pretty good ending, except for Dregran that is. I hope you all had fun with this! It was an idea I had on my mind for a while, at least since the Azurilland days, so I'm glad I was able to make it a reality. Even if you weren't part of the game, please share your thoughts about it; whether you liked it or not, potential changes you would make, your thoughts on the results, your general strategy, and all that stuff.

I think the game had a strong start, but I could have handled the ending better. The main thing about the original version is that the participant's life was on the line, and obviously that kind of pressure couldn't be replicated here, so I tried to replace it with random rules every round to keep the pressure on, and this complex final round to force people to make tough decisions, but it really doesn't have the same impact. Also, as I said before, everyone here sort of knows each other, and we're all pretty trustworthy, so it makes sense most of the votes were ally.

Depending on whether people liked this or not, I might make another one in the very, very distant future. I'll have to think of ways to spark a more competitive spirit, without making the game more complex than it already is.

Results-wise, I gotta say I'm pretty surprised with how this ended up. Before the game I thought that everyone would just ally every time and reach 9 BP straight away and it this would be a big failure. I even had a couple of special rules ready to counter that, but turns out it wasn't really needed.

I had a lot of fun running this, seeing all the votes as they came in and watching betrayals unfold was very entertaining, and I hope it was entertaining for everyone participating too.
Thank you all for participating and sticking until the end!

I loved this game. Thank you for hosting, Francis!

I thought the special rules and the final two challenges were a nice twist to the usual "Ally/Betray" and made it much tougher to be like "Ally" every time. And that's a good thing: like you said it wouldn't have been as fun if that had happened. Regarding potential changes, maybe some sort of more interactive gameplay could be implemented, whether that be having some sort of escape room feel using puzzles or riddles (like having to work with the two others in your "trio" to solve, say, a riddle, a Pokemon crossword, a word search, or a Sudoku puzzle if everyone knew how to do that). This would allow the game to last longer and create an experience even more similar to VLR IMO. There would still need to be a time limit for said activities, but I think that could make the game more fun.

My strategy kind of differed a lot throughout the game. At the start I decided Betraying was the best option to make sure I wasn't close to execution, then after that I tried to focus on getting as many people out as possible while getting enough points myself. And in the end, on saving Christy. Sorry about the betray again, Brett. :(

Is now a good time to ask how to play?

we did it lads

The real escape was the friends we made along the way.
"Whenever there is a meeting, a parting is sure to follow.
However, that parting need not last forever...
Whether a parting be forever or merely for a short time... That is up to you."
- Happy Mask Salesman, The Legend of Zelda: Majora's Mask

This was pretty fun! Even though I didn't interact outside of PMs at all (or even discuss strategy), it was good to try and outplay the opponent.
It doesn't matter where we go, there's
always someone that doesn't agree with us.

I had fun with this game, but like you said, it's a little tough to replicate the feeling of someone's life being on the line and the moral choice that comes with that. I have to say I like that you started with the anonymous round bc it made it much harder to ally when you don't even know who you're supposed to be trusting.

I've got the wind in my hair and a gleam in my eyes and an endless horizon​
You must log in or register to reply here.
Top