Something about the Unova Region has always made me feel nostalgia. Well, Pokémon Black was my first game ever so...yeah. But besides that, Unova(and the DS in general) had really great games. It would've probably made more sense to start with Black now that I think about it, but who really cares?

I whipped up a batch of changes using the universal pokemon randomizer which I'll leave right here incase that interests you. I modified the starters, wild pokemon, trainer pokemon, static pokemon, field items, and gave trainers a 10% level boost for a bit of a challenge. After hitting level 40, trainer's pokemon will be fully evolved. I made impossible evolutions more accessible, just so we won't get stuck with a shelmet or an onix.


1. If a pokemon faints, it's considered dead and must be boxed forever.
2. You are only allowed to catch one pokemon per route. Static encounters do not apply to this rule.
3. You must nickname all your pokemon, this is supposed to make you feel more attached to them and would make their deaths more impactful.
I will only be allowed 4 items per battle. This is the same amount of items you can use when playing Pokemon Clover and I thought this was fair given the boost to other trainer's teams.
Held items are allowed.
I've set the battle style to set for this run.
I've set HM's to full compatibility since I don't want to get stuck with having everyone on my team not being able to learn the HM, remembering Black 2 I don't think HM's were all that important, but it's better to be safe than sorry.
If there's anything I forget I'll be sure to edit it in later.
i like pokemon, yugioh, and a bunch of other stuff

feel free to check out my account page or whatever

"Welcome to the world of Pokemon!" I don't know how much I've heard that, it should probably be my new alarm. Juniper greets me in a dream. I've never seen this lady in my life yet I can picture her perfectly. She starts asking me questions after showing me her incredibly rad Cinccino, so I tell her i'm a boy and that my name is mou. She also somehow knew about my friend Hugh? I'm getting a bit creeped out.

Luckily Mom comes home and is able to wake me up from this nightmare. "mou! I you want a pokemon right?" Well of course I do, they're pretty sick. "That's great! My old friend Professor Juniper said her assistant was here to give you a pokemon!" Before I can tell her that I saw her friend in my dream she rambles on. "She should be somewhere around here, she has a green hat on! Go find her!" And she kicks me out of the house.

I meet up with Hugh and he's ecstatic about me finally getting a pokemon. "I told you a million times to get one before. Beating Youngster Nolan has gotten so boring." We head to Aspertia Point, knowing people love the view from up there. Sure enough a girl wit blonde hair and a green hat is enjoying the view so much, she's halfway over the handrail. I can't even get a word out before she spins around and begins bombarding me with questions. "Are you mou? Do you live here? Why is the view so pretty? Why's your hair so weird?" I hate being questioned about my hair, but I do tell her I'm mou. "Wow! You're exactly how I thought you would look! Professor Juniper asked me to come over to ask you of you wanted to help us complete the pokedex!" Traveling the region discovering pokemon? That's every 10 year old's dream! I happily accept and she gets a determined look on her face. "All right then!" She pulls a case with three pokeballs out of thin air. "Ta-Da! Go ahead and pick one!"

"Tentacool is a force to be reckoned with!"

"Barboach will be there for you no matter what!"

"Bidoof is a little confused, but he's got spirit!"
​
I know I shouldn't be picky if someone's giving me something...but this has to be a joke...right? I awkwardly smile at Bianca, looking down at the pokeballs. Seeing commercials on TV, with starters there never seemed to be a wrong option; but here there doesn't seem to be a right one...

I close my eyes and just get it over with. 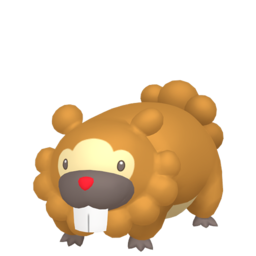 
I name him The Fool after a bizarre thing I read. Bianca hands me a pokedex and Hugh comes up wondering why we're taking so long. After begging Bianca for a pokedex, he has that look in his eye, as if they could read each other's minds, Bianca begins grinning. "Why don't you two have a pokemon battle?" Hugh shoves the pokedex in his pocket and gets ready. "I'll take you on using the pokemon I raised from an egg!" He sends out a Barboach. Small world. The battle begins with Barboach using Mud Slap, blinding The Fool. The Fool begins Tackling around unable to see, luckily we land 4 on the Barboach and it goes down. It was a close battle, and with Hugh's pokemon being at level 6, it's really scary. After the battle Hugh takes off fairly quickly, complimenting us on our ability to adapt quickly to new situations.

After Bianca shows us the pokemon center and we say goodbye to our mom, Bianca gives us some pokeballs. Now I'm starting to feel like a real trainer. I stock up on items before leaving to Route 19. Bianca teaches us how to catch pokemon, and it feels nostalgic in a way. Must be all the shows on TV.

Once Bianca leaves we run into a wild Pelipper. With two Tackles we're able to get it to low health and... 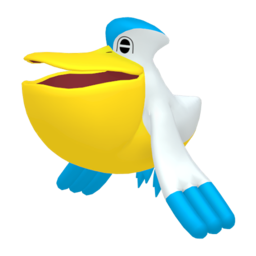 
I name him Beach Boy and we carry on to Floccesy Town, where we meet a strange man named Alder. "You're still a bit of a newbie aren't you? Follow me! I'll train you!" He leaves before I can object, so there's not much I can do. I decide to grind my pokemon to level 7 beforehand so we don't run into any surprises. After grinding, we catch up with Alder who tells us to meet up with Hugh first. We head to route 20 where we start seeing trainers. Our first battle went really well, just an Anorith and it was nothing Beach Boy couldn't handle.

We rush into some grass and our first encounter is easily caught... 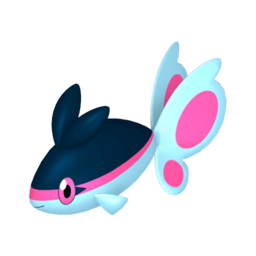 I name her Aqua Necklace and we keep and eye out for Hugh. We come across Floccesy Ranch and this is where we find our next encounter. Supersonic with Beach Boy doesn't work, so we use water gun a few times to bring it's health down and... 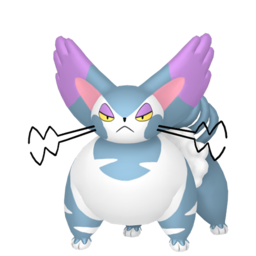 I name her Bastet. We run into Hugh, giving him his map, and he challenges us to a battle. He still only has Barboach, so we send out Beach Boy. He's immune to Barboach's Mud-Slaps. After a Supersonic and three Wing Attacks, Barboach goes down. Hugh seems bummed out by the loss, but he knows we're strong and he can rely on us. Suddenly, the owners of the ranch show up asking if we've seen a Herdier around. "You're only a LITTLE worried? It might be lost!" Hugh screams and rushes off, trying to find it. I follow his lead.

I grind my pokemon a bit and we find the lost Herdier deep in the forest. The poor pokemon is cowering before a masked individual. The shady character reveals himself to be apart of Team Plasma and tosses me a TM before running away. "I'll use this opprtunity to retreat!" He dashes off. Hugh advises the Ranch owner to take better care of his pokemon before leaving. I decide to grind to level 11 before we head back to Alder.

Once we find Alder at his house, he introduces us to two kids who he wants us to fight against. The first kid has a Magnemite which causes a problem since half my team is weak to electric and my whole team isn't very effective on steel. Not to mention Magnemite learns Sonicboom so that also had me on edge. A Fake Out and a few Scratches by Bastet later and we take it down. Even though it didn't have Sonicboom, it was still a close battle. We need some more coverage. The next kid has a Rapidash and after a quick Fake Out, I switch into Aqua Necklace. All the Rapidash can do is Quick Attack and two Water Guns takes it out.

After beating his pupils, Alder recommends we fight the Aspertia City Gym Leader. "He's a tough leader so be careful." I take these words to heart. Not only did I increase the level of the enemy's pokemon, but given my current situation and not good coverage, I should head into this battle prepared. I decide we train until we hit level 14. After finally grinding to level 14 I headed for the gym. The gym trainers got absolutely destroyed, I think I might have leveled up a bit too much.

Cheren time. His first pokemon is a Dratini, I start of with The Fool and immediately switch out to Bastet. I forgot at which level Dratini learns dragon rage, I have to be careful. Luckily he only paralyzes me, but I'm paralyzed and i'm not able to use fake out. Dratini begins Twistering to it's heart's content and Bastet takes it out in two Scratches. His last pokemon is Pidgey, I switch into The Fool and begin using Rollout, the first two hit but Pidgey hit me with two Sand Attacks. Luckily another two Rollouts take Pidgey out and win us the battle.

You got the Basic Badge!

The Fool the Bidoof
Route 19:

Bastet the Purugly
None yet
None yet
i like pokemon, yugioh, and a bunch of other stuff

feel free to check out my account page or whatever
You must log in or register to reply here.
Top