Ever since it was confirmed that One Punch Man would no longer be animated by Madhouse and that the director himself wouldn't be a part of the project, I have been kept my excitement low for season 2. The longer the wait became, the more worry set in that one of the best and beautifully animated anime to come out in recent years would have a mediocre season 2. This kind of became evident when all the promotional material was just voice acting with NO stills or animations or anything.

Then, we got the newest trailer right here:


Holy HELL, this is a terrible trailer. There are so many fade to black shots in here and it feels like an attempt to show off as little material as possible because they know it is ****. Then, all the actual animated scenes look so awful and static. All the dynamic camera work and high frame action is gone. It's just characters moving around on a still screen. There's a lot more I could say, but Imma keep it short before I look like a bigger angry weeb about it.

SO, what are your thoughts? Are you excited? Are you as disappointed as you should be? Do you not care?

Presentation wise, at least what we got in the trailer, I’ll admit it leaves something to be desired.

However, I WILL give this season the benefit of the doubt. So long as the humor hits home and Saitama keeps being Saitama, I should still have a good time even if the presentation truly ends up being underwhelming. Maybe they’re saving all the best action for when the season airs. I don’t want jump on the pessimist wagon just yet until I see some episodes.

Boss, stop being a Negative Nancy. Could have just been a certain style for the trailer.

Varhii said:
Boss, stop being a Negative Nancy. Could have just been a certain style for the trailer.
Click to expand...

Compare it to season 1's trailer


It also does the fade to black approach however it doesn't hold it for as long as season 2's does. Not to mention, even its talking scenes are more vibrant and emotive than the mouth flapping in season 2's trailer. It's actions scenes are way more dynamic as well straight out the gate while for the other trailer we have Geno's character model being moved slightly around in a still shot with ****ty laser effects. 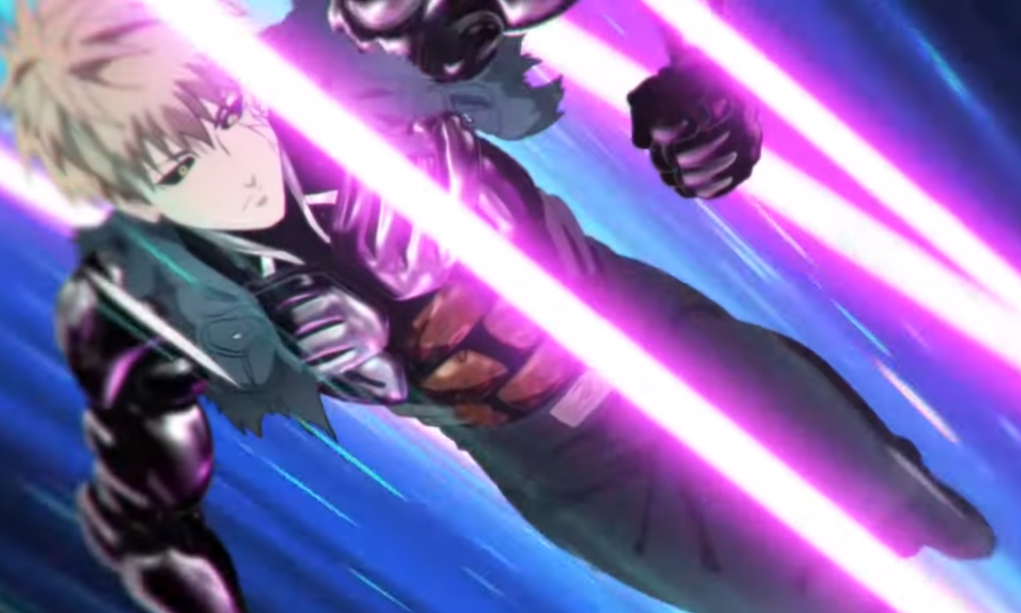 It's just really laughable. I know the content itself is strong enough that no matter what the show will do well. I know I'll still watch it but it will be a shell of what it could have been.

I'd just wait to see how it actually is. Judging **** by how it's promoted is a terrible way to determine whether or not something is good.

wow @ boss you are totally right about that fading to black thing. i can see how it can be used to build hype/dramatic tension but that was rly excessive and showed very little of the actual characters doing much. if they just decided to leave out the good parts, ok? but why on earth would they do that? they have to be aware they need to prove themselves to fans with a whole new animator and all, but they just... didn't? sorry but that's fishy af. i do agree with umu that as long as the humor is still good i'll still have a fun time watching it, but it won't be anything to write home about lol, the expressive & exciting animation in season 1 COMBINED with the humor is what made it so special. now, unless they left some amazing animation out of the trailer for some bizarro reason, it'll just be "ok".
There's a lot of beauty in ordinary things.

I'm a hard person to disappoint but I can't disagree, everything looks so flat. I easily would've waited another year just for it to be made by Madhouse again, I adore season 1 and its unbelievably pretty animation and I'm definitely going to miss it. That being said, a lot of the reason to watch One Punch Man is for the humour and characters, so I'm definitely still watching it anyway. Damn, after how incredibly Mob Psycho season 2 was I was crossing my fingers for something just as good from OPM.
Member of The Following:
>Slateport Festival

>Tavern of Many Names

Always accepting applications for minions and/or high-ranking henchman. Applicants will be rated on their darkness, style, and capacity for evil.

So, I've watched the first two episodes and...

They're eh. Just eh. There's a lot of talking, a lot of static imagery, not much motion going on. Pretty disappointing.