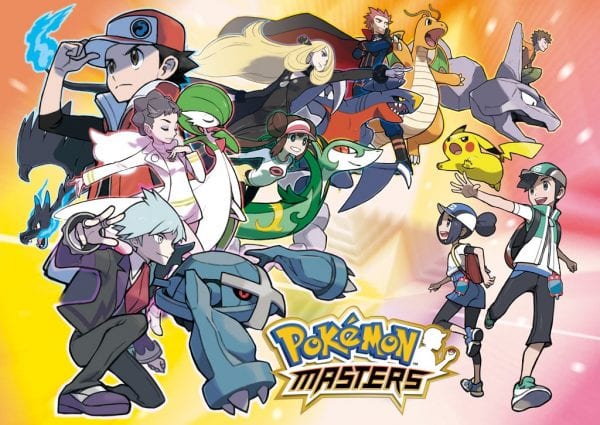 Here's a brief excerpt of this update:

The final major announcement during the Pokémon 2019 Press Conference was the announcement of a new Pokémon mobile game coming to iOS and Android devices called Pokémon Masters.

Pokémon Masters features many of your favorite Pokémon Trainers from the Pokémon video game series, such as Cynthia, Blue, Red, Brock, Misty, and even several protagonists such as Rosa — the female player character from Black 2 & White 2.
Click to expand...

https://marriland.com/updates/pokemon-masters-mobile-game-announced/
Feel free to discuss the update in the comments below!

I see Diantha on the poster, I hope this means she'll get more character development! She wasn't super involved in X/Y and it'd be really cool to learn more about her as well as have more time with all the other characters.

Honestly, she was a lot more developed than some other Champions. We know that she has a separate career and everything. What's got me really intrigued about that poster is Rosa. I suppose older protagonists will make some kind of appearance here? (Red doesn't count). Based on the right side of the poster it looks like we're getting a brand new pair of protagonists for this as well, so that'll be something.

I’m honestly pretty excited for this game. Aside from characters like the rivals, professors, team leaders, champions, and the occasional outliers or plot important ones like Looker/Lillie/N/etc, the human characters tend to get the short end of the stick when it comes to the spotlight. It’s usually just a monologue and then “Bam. Fight. Done.”, with them occasionally being part of a side quest. This has me pretty hyped to flesh out the other characters more, or give them some meat to begin with Hilbert/Hilda who didn’t appear elsewhere in BW at all.

I'm actually interested in this game. It's something that I would really want to play it because I like its concept. I just hope that they put Courtney in it, even if it's a small chance lol.
You must log in or register to reply here.
Top