The starters look pretty weird but I'm sure they'll grow on me.

I'm not too knowledgeable on geography so I'm probably wrong about this but it looks like this region is based on England? IDK I thought I saw Big Ben somewhere in there.

This region looks really cool, I will say. And Sobble is pretty sweet. I love that shocked look on its face :'D

And seems the Gyms could have more of a stadium like feel to them, I remember how Let's Go had the spectator seats so it kind of had that feel there. To see that here would really expand!

Mystical said:
Specualtion: if it's "sword" and "shield" then the lore and legendaries at least will be based on the medieval times. So maybe a dragon could make sense. And a semi-different battling style? Who knows. I probably won't play it, though.
Click to expand...

I get that same impression. I have a feeling the legendaries are probably going to be like characters in a fairy tale, except then the fairy tales turn out to be true and everyone is like so surprised.

And then the third cover legendary is the pokemon that wrote those fairy tales, and the evil team wants to use its power to rewrite reality or something.

I am Grookey
It doesn't matter where we go, there's
always someone that doesn't agree with us.

i absolutely loved every bit of the direct. The region looks GORGEOUS omgosh
and fire bunny? oh lawd

i think there might be a connection with Sinnoh in some way, well that would be cool at least.

also, i found this was posted on the 20th:

I've given it some time and thought (after being up at midnight to watch the direct, before finally going to sleep, lol), and I've looked at some other things on it:

Personally I generally go for Fire type starters for my first play through of a new game, but depends on Scorbunny's final stage typing. I did end up warming up to Incineroar, because it was Fire/Dark which I love as a typing. Sobble is adorable and I'll use him regardless at one point, Rowlet was the only grass starter I really loved, but Grooky has potential.

Here are my thoughts - not much right now, but here we go.

Omg was not expecting it to be based off the UK, but the region is absolutely gorgeousss

So many different terrains and environments to explore!

All the starters are super adorable, even though on first look they all look kinda similar lol. My favourite is Scorbunny, Fire starters continue to be my favourites I see. Also, it's the rabbit of the Fire-type Zodiac pattern!! 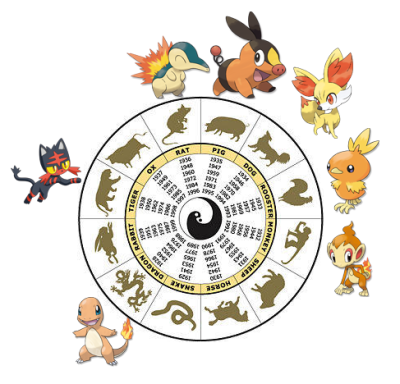 I actually like that they're going to the regular playthrough style before Sun and Moon happened, though of course I hope they change it up a little to make it more interesting. Wasn't a fan of all the trials and the battles in SuMo.

I find all three of the starters cute, but Sobble is my favorite. I hope it has a really cool final evolution. The design of the Galar region is goregeous and I'm hyped to explore it.
{

Kinda fits in with a trio theme (drums, guitars, vocals), plus the UK has a lot of renowned bands. And I could really get behind that. I'm probably thinking way too much, but that's what I can at least hope for.

I will say, the graphics look GORGEOUS. Surprisingly, I actually am disappointed they didn't retain the Pokemon in the overworld instead of random encounters from Let's Go, something I noticed immediately.

I concur that the region would appear to be Great Britain (not the UK; Northern Ireland is definitely missing if that is what it is). Was hoping for Scandanavia, but still a good choice. But...it looks like it might be very linear geographically, south to north, which would be bad. I prefer the loopy ones like Hoenn and Sinnoh.

Mostly looks great, but I'm disappointed by the starters. They don't look very distinctive, they remind me of the dreaded Gen V monkeys. Especially after the adorable Gen VII starters.

It seems to me like we've seen very little of the Gen VI Pokemon since X&Y, the only two Kalos games (the least for any region), so they haven't stuck well in my memory sadly, and this doesn't seem to be helping, with Meowstic being the only Gen VI Pokemon I could spot. At least Gen V and VII seem to be having better luck.

So far, definitely hyped. Especially since I fall in the 'Gen VII was good' camp, so I don't have the same reservations as people who didn't like it.

Wren said:
I've been catfished once. I tried meeting up with someone I matched with for a coffee date. They turned out to be the Loch Ness Monster. We had nothing in common and they left me with the bill, which was $3.50.
Click to expand...

In before Scorbunny is Fire/Fighting. I mean, it has athletic tape.

nobody is talking abt frikin aegislash
yeehaw​

So far I am intrigued. I'm liking what we've seen of the region so far. I'm not surprised that it's based off of the UK, given what I said in the "New region" thread. Having London being in there with Big Ben and whatnot is pretty cool. I also like that it appears that the gyms are soccer stadiums to tie into it being in the UK. Really good aesthetics for the region so far.

The names are weird as hell, ngl. Sword and Shield makes me think of Zelda, not Pokemon, so I guess it'll be interesting to see how it ties into the game. Starters are interesting. As somebody who always picks the Water starter I am liking the Water Pokemon they showed, so I'm all aboard the Sobble train.

But, uh, yeah. No following Pokemon makes me very upset, but other than that, it's a good start. Definitely interested to see what's to come in the following months ahead.
"Whenever there is a meeting, a parting is sure to follow.
However, that parting need not last forever...
Whether a parting be forever or merely for a short time... That is up to you."
- Happy Mask Salesman, The Legend of Zelda: Majora's Mask

Since we're speculating starter themes and typings, I will say that Scorbunny is giving me some serious Fire/Electric vibes for final evo. Mark my words. Its color scheme fits very well with that typing. And, if the whole "guitar bunny" thing is true, then Fire/Electric seems even more like a possibility (also I just now realized someone had said Fire/Electric as I'm writing this).

Sobble miiiight (?) evolve to be Water/Ghost, because it looks like it can be transparent which reminds me of jellyfish, which reminds me of Jellicent, but eeeeeehhhh, it might also be just plain Water. Just because the last two gen starters' final evos all had a secondary typing doesn't mean that it'll be the case for this gen, and I feel like Sobble's final evo has the biggest chances of being just Water.

As for Grookey, he might evolve to be Grass/Fighting, similar to Passimian, and to be honest, I think I'm fine with that. It just makes sense and the concept of a drumming monkey is unique enough to justify the typing imo. But, he also could be just Grass as well.

As for the box legendaries, I don't know.

Sobble evokes a Water/Ghost or Water/Poison vibe, given that it's a lizard with camoflage. But I'm hoping it's Water/Dragon, because we are long over due for a dragon starter and with Fairy and Ice types existing Dragon isn't as overpowered as it once was. Especially because the Fairy type is incredibly easy to find (at least in gens 6 & 7).

Godot said:
Sobble evokes a Water/Ghost or Water/Poison vibe, given that it's a lizard with camoflage. But I'm hoping it's Water/Dragon, because we are long over due for a dragon starter and with Fairy and Ice types existing Dragon isn't as overpowered as it once was. Especially because the Fairy type is incredibly easy to find (at least in gens 6 & 7).
Click to expand...

i think it would be cool as a water/ghost or a water/dragon, i really hope one of those two is right >.>
​
You must log in or register to reply here.
Top