Full Name: First and last.
Age: 10-21
Gender:
Appearance:
Personality:
Weapon:
Power(s): Up to two. Must have to do with their Legendary. Don't make them TOO OP!
Power One:
Power Two:
Hometown: (Region, City)
Brief Bio:
How and Where Core was Found:
Why Legendary Picked Him/Her as a Guardian:
Legendary:
How the Core was Special to It: This is how the Core was special to the Legendary, not the Guardian!

(eyes are actually a bright blue) (Tok's height is 5'2)
Personality: Tok is an adventurous and observant person who loves to try new things where ever she goes (especially candy). Tok is overall a pretty genuine type of girl, but she has a tendency to be extremely sarcastic, vulgar, impulsive and sometimes cocky. Well after meeting the legendary, she tried to calm down her vulgar side. Tok was never good at getting along with Pokemon, so she spent most of her time training in hand to hand combat, not that she could go hand to hand with any Pokemon she encountered. Her sarcasm tends to lead to others not enjoying her company, so Tok ends up alone and talking to herself. When she is caught in thought, she often thinks about her home town and her friend Hugh.
Weapon: Double sided scythe

Power(s):
Power One: Dragon rage, where she obtains the strength of a dragon for five minutes
Power Two: She can make anything become frozen in ice
Hometown: (Unova, Undella Town)
Brief Bio: Tok grew up in the small town of Undella. She would always play with her friend Hugh. They would go on small adventures together and pull pranks on The Riches. When Tok turned 18 she set out on her own adventure to travel the various regions, while leaving her best friend and her small town behind. She encountered many people trying to have Pokemon battles, but her lack of friendship with the creatures turned into a loss of fun. When she traveled the various regions, Tok would examine all types of plant life, like berries and roots to learn what could heal and what couldn't. Tok has a wonderful knowledge when it comes to wildlife and just because she couldn't get along with any Pokemon, doesn't mean she didn't observe them and their behaviors.
How and Where Core was Found: A year into her traveling, Tok wound up in Snowbelle City. She decided to take a stroll through the snowy forest area north of the town. While she was walking she saw something glimmer from under a tree, she approached it and dug out what looked like a triangular looking thing. It seemed unordinary to her, so she stuffed it into her bag and went to go find her friend who was a scientist.
Why Legendary Picked Him/Her as a Guardian: Kyurem picked Tok because she was not intimidated by anything and liked her attitude towards things. Kyurem saw that she was keen and observant toward her surroundings and situations and believed her skills were useful. Tok never had any Pokemon, so she trained in combat and Kyurem saw her strength.
Legendary: Kyurem
Species: (human if you mean Tok, Pokemon if you mean Kyurem)
How the Core was Special to It: Kyurem always cherished the DNA splicers because it gave it new forms that withheld new found powers, even though it was only used once. Since Kyurem was always alone, it relied on strength and power. The DNA splicers helped Kyurem gain more power when needed.
Last edited: Dec 1, 2018

@Vonun could you expand more on their personality and bio? You have an interesting idea but you need to put more depth and detail to it.

@killthescarecrow of course! I was heading to work so I had limited time.

@Vonun Thank you! It is much better. Tok is Accepted!

(eyes are yellow) (Emmit is 6')
Personality: Emmit is quite serious and doesn't understand the concept of jokes. He rarely laughs, but he does tend to smile. Emmit enjoys the company of Pokemon, but his favorite thing is to sit under a tree and enjoy the sounds of nature. To his younger siblings, Emmit is trusting and fearless, he wouldn't let anything bad happen to them. He might not seem like it, but he is protective over the people he cares about. People tend to see him as boring, since he is so serious all the time. Emmit also gets annoyed with people very easily.
Weapon: throwing knives

Power(s): Up to two. Must have to do with their Legendary. Don't make them TOO OP!
Power One: Hex. The power to make someone see anything he wants for a limited time.
Power Two:
Hometown: Alola, KoniKoni City
Brief Bio: Emmit is the oldest of six children and is loving towards all of his younger siblings. He takes care of them most of the time, since his mother left and his father became ill. Emmit rarely has time for himself, since he had a duty to take care of his family. Due to becoming an adult at a young age, he matured fast and couldn't afford to be childish. He teaches his siblings about understanding Pokemon and to care for the world around them. When not looking after his siblings or befriending Pokemon, he throws knives at various targets. Emmits aim is never off and is always spot on, sometimes he tries to do tricks with his knives to show off. If Emmit isn't training, with Pokemon or his family, you can find him by the lighthouse, overlooking the seas. No one really knows what he thinks about. He is mysterious to some.
How and Where Core was Found: Emmit decided to travel to Hau'oli City to pick up some gifts for his siblings. While in the city, he saw an antique shop and decided to go in because he always loved old things. While in the shop, a golden rock type of thing caught his eye. The older man at the antique shop saw the way Emmit looked at it and gave it to him for free. Its like he knew something Emmit didn't.
Why Legendary Picked Him/Her as a Guardian: Giratina chose Emmit because of how mature he was. It knew that Emmit had an understanding for the world around him, like no one ever had before. Giratina realized that Emmit would protect the things he loves and would always stand up for what is right. It also liked how serious he could be as well.
Legendary: Giratina
How the Core was Special to It: The Griseous orb is special to Giratina because it allows it to change forms. Giratina always liked to have more of a serpent body because it was less of a hassle while flying. It made things easier by not having six legs all the time.
Hope another character is alright. I saw this picture and wanted to make another. 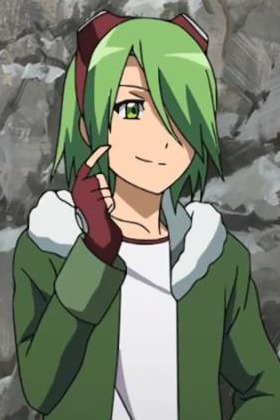 Personality: Sorrel is a kind person deep down, and he likes nothing more than caring for others, but often his kindness has been taken advantage of. The pain of being used by others has caused him to be rather cautious towards other people when not familiar with them. Even with this moderate filter, he is a trusting person and likes to see the best in others, even when there's no good to see. It's hard for him to accept that some people are just bad and figures that those who do bad have reasons for doing so, and that the pain can be healed in the end.
With this comes a love of pokemon, many of which are well intentioned and kind anyway. He enjoys nothing more than a walk through the Ilex forest in spring when all of the pokemon are waking up from hibernation.
Aside from those things, Sorrel has always been something of a book worm and enjoys reading. History in particular has long been his favorite subject and he nurses a fledgling hobby of searching for historical artifacts in the areas he can get to, such as the Ruins of Alph, the Burnt Tower, and the Ilex forest.
Weapon: Power(s):
Power One: Forest Blessing - Sorrel can cause greenery to sprout around him at will, but for specific plants he must focus hard on it, otherwise it's just plants native to the area.
Power Two: Caretaker - Sorrel can understand animals/Pokemon better than most because of this power, to the point of having an N-like ability to talk to them.
Hometown: Johto, Azalea Town
Brief Bio: Sorrel was a carefree child and was often getting in trouble for wandering off into the forest. He had several older siblings, but most were off on their journies, so he never got to see them. He had never been too interested in going on a journey and thus elected to stay home and care for the pokemon in the forest instead, acting as a sort of guide for travelers that wanted to go through without being attacked on their way to Goldenrod City. Every now and then, Sorrel will take trips outside of the region in the interest of visiting museums or libraries and furthering his knowledge, but he always returns home again. It isn't until he finds the GS ball that this is thrown to the wayside. Since that time, Sorrel has taken to journeying, not in the interest of catching and battling pokemon as a trainer, but to find someone who knows what the GS Ball is, or information on it, since it seems far too important to not mean something.
How and Where Core was Found: The GS Ball was out in the Ilex forest, tarnished from age and sealed shut, coated in dirt, moss, and years worth of debris from the unkempt remains of the forest shrine, which was torn down long ago. Beaten and battered as it was, however, it was still made of gold and silver, and thus still very valuable. On one of his trips to find things buried in the forest, he ran across the GS Ball and kept it in order to clean it up and research later.
Why Legendary Picked Him/Her as a Guardian: Celebi felt Sorrel's love and need to care for others. They felt they were kindred spirits in how they care for the life in the forests and in their generally optimistic dispositions. If celebi couldn't be there for their forests, then they trusted Sorrel to protect them for it.
Legendary: Celebi
How the Core was Special to It: In truth, the GS ball was an unopenable pokeball to begin with, the inside is a reinforced sphere and it was a present to Celebi that was it's most treasured possession. Before the fall, Celebi kept it safe in its shrine, keeping it clean and shiny. It would get rather cross when it was stolen, which considering it was made of gold and silver, was more common than one might think. Still, what better than a nigh unbreakable object to hide in?
You must log in or register to reply here.
Top