Maractus sounds very interesting, I don't think most people, including myself, would see that coming. And I think I might switch Weavile for Sneasel, I'm seeing a lot of Fake Outs come my way and Inner Focus would really help out.

The problem with Maractus is that its very... naff.

It doesn't have the best stats, not the best movepool. At least Lightning Rod Seaking has a better typing and Horn Drill to make up for the lack of offence.

Maractus doesn't have many support options.

Sneasel is probably the better choice to help guarantee the set up, as more and more people are running Fake Out leads to put Talonflame in a bad spot. Talon needs Protect right now otherwise it doesn't Tailwind at all.

I've almost finished breeding my Coalossal team, but I need to fill the last two spots out. Might just stick 6 things together and just hope for the best, as the season feels like its almost half way through already XD.
Anthrix's Giveaway Thread
5IV Pokémon Within!!
ALSO GIVING AWAY 6IV POKÉMON TO HELP GET PEOPLE INTO BREEDING COMPETITIVE MON'S

Currently spamming this set on the ranked ladder, proving to be useful thus far!

This is an inferior Arcanine - he gets a better typing, better STAB moves, better defences, better Speed, so why run a defensive support Luxray?

Baby Doll Eyes is a PRIORITY Attack debuff, meaning it doesn't have to run lots of Speed Arcanine does to get the Will-o-Wisp off first. A lead turn will give you an immediate - 1 to Attack on both, and a possible -2 on the other. That's like them having used a Draco Meteor, without using an attack. Awesome.

And it doesn't care if you're setting up Tailwind or Trick Room.

Snarl is Snarl, it debuff both mons Special Attack and between the two, will make you partner really really bulky.

Spark and the given Speed EVs outrun the most common Speed investment on Primarina (116 EVs according to Pikalytics).

Last slot can be anything, Protect seems a bit overkill at the moment as he's stalling out so many turn, but it's useful for scouting. I've gone Shuca Berry as Max Quake is pretty common on physical Attackers, but Leftovers or Sitrus Berry are also good options to keep him around longer.

Rest of the EVs are to maximise his Special bulk, as I'm assuming that you're getting an Intimidate and a Baby Doll Eyes off.

I don't think anyone else is running this at the moment, which is probably a bonus to me as well!
Anthrix's Giveaway Thread
5IV Pokémon Within!!
ALSO GIVING AWAY 6IV POKÉMON TO HELP GET PEOPLE INTO BREEDING COMPETITIVE MON'S

Anthrix said:
Currently spamming this set on the ranked ladder, proving to be useful thus far!

Oh awesome! I've always wanted to use a Luxray! Mind if I steal this set for a while when I make my new team? :P
★ My Aprimon Trade Shop ★
For real-time trade co-ordination you can catch me on Discord at @Gigarchomp#2018 !!!​

@Gigarchomp99 want me to breed you one? Mine's 6 IV, might be able to get another one for you :).

(I need to has Shinx to my Trade thread as well...)

It was really boring in the two games it played, but damn was it effective. First game it went barely untouched against an Eeveelution team where they turn two dmaxed Jolteon with - 1 SpA, and couldn't do any significant damage there after. Game two it Baby Doll Eyes an Urshifu, and took an - 1 unboosted Close Combat. It was a bit risky as Clefable should have Follow Me'd, but tbh I don't think they knew what a support Luxray was going to use that.
Last edited: Sep 23, 2020
Anthrix's Giveaway Thread
5IV Pokémon Within!!
ALSO GIVING AWAY 6IV POKÉMON TO HELP GET PEOPLE INTO BREEDING COMPETITIVE MON'S

I'm just imagining a glaring electric lion using Baby Doll Eyes and it makes me chuckle.
especially after an intimidate. So many conflicting emotions!
But that set sound really good. Snarl is such a great move. A guaranteed debuff on both Pokémon is nuts.

Maybe for the 4th slot, try Magnet Rise? You might be able to use Sitrus Berry/Leftovers more reliably with that?

@Gokudera Magnet Rise sounds... Evil. Might be worth a shot, especially with Leftovers.

The only problem is the two games I've played with him have lasted over 20 turns... That's nuts for VGC. I dunno if he needs help lasting longer!
Anthrix's Giveaway Thread
5IV Pokémon Within!!
ALSO GIVING AWAY 6IV POKÉMON TO HELP GET PEOPLE INTO BREEDING COMPETITIVE MON'S 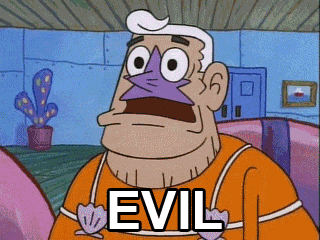 But, honestly, if you're going to rock Intimidate, Baby Doll Eyes, and Snarl, go all out in tanking the Luxray.
It's a shame it doesn't get Zing Zap.
If you're going to give Togedemaru's signature move to Pincurchin of all things give it to every Physical Electric type.

Best part of Zing Zap is the flinch chance.

... And give it to something 15 base Speed and can't set up Trick Room.

To put it into context of just how slow he is, he needs Jolly, 252 Speed EVs and Tailwind to outrun max speed base 80s such as Venusaur, Gardevoir, Togekiess etc. Or conversely, he can't flinch anything quicker than base 80 if he paralyses them with Thunder Wave.
Anthrix's Giveaway Thread
5IV Pokémon Within!!
ALSO GIVING AWAY 6IV POKÉMON TO HELP GET PEOPLE INTO BREEDING COMPETITIVE MON'S

It makes sense from a flavor perspective, and Game Freak rarely takes the competitive side of things directly into account. Look at all the Steel-types who are slow as molasses but get Iron Head.

I think the difference between iron head and Zing Zap is that Zing Zap has such few Pokemon that get it (Togedemaru and Pinchirchin??) so it feels special to get it. And the fact only one Pokemon can make full advantage of it is weird.

But at 15 base Speed, he's now too slow to paralyze anything and get the drop on them to flinch them. You have to run max speed Jolly just to be able to outrun base 80s after Tailwind or paralysis.

Iron Head, man I'm glad I've got a lot of TRs, it's like my coverage move of choice on so many physical 'mons. I hate Clefairy lol.
Anthrix's Giveaway Thread
5IV Pokémon Within!!
ALSO GIVING AWAY 6IV POKÉMON TO HELP GET PEOPLE INTO BREEDING COMPETITIVE MON'S