What Are You Currently Watching/Reading?

Currently watching Fullmetal Alchemist: Brotherhood. I am enjoying it so far, and am excited to see what comes next. Didn't realise I'd watched seven episodes in a row.
Apart from this, I am reading The Rise And Fall Of Dinosaurs by paleontologist Steve Brusatte, which, apart from explaining the origins and history of the dinosaurs, gives an account of a paleontologist's experiences as well.
My games:

Credit to Haychel for the avatar!​

Update on what I'm reading: Divisions by Kyell Gold. It's the third book in a series of cute furry romance novels <3
Besides that, I read a poetry chapbook, Painted Blue with Saltwater by Logan February. It was pretty cool and heartfelt.

officially obsessed with spy x family. it’s so cute and funny and all the characters are 50% genius/50% dumbass and i’m here for it. it’s ridiculous and sweet and a little serious sometimes and i love it

OH! and i started watching the owl house. im enjoying the world building and humour so far!

update: owl house is SO CHARMING, the characters are delightful and fun to draw and lumity???? makes me emotional thinking about the young girls seeing themselves in these characters like that. also i love hooty so much. like i actually laugh so hard every time he shows up :'D
Last edited: Sep 12, 2020
check out my art pls :3c

Twin Star Exorcists, Ayakashi Triangle, and Chainsaw Man have been my main focuses when it comes to ongoing manga series. I should note that, while they are all Shounen titles, Chainsaw Man is particularly brutal and is not afraid of hiding a lot of things that will not be mentioned on these forums. Ayakashi Triangle, meanwhile, is, well. . . kinda lewd. Twin Star Exorcists is monthly, and it makes me sad whenever Cordelia doesn't appear for a chapter (which is almost always due to her being the member of the Twelve Guardians who is the most out of focus).

As for what I've been watching, I'm almost done with the first anime for Bleach, with only twelve episodes left at the time of writing. I've also started on the Hunter x Hunter OVAs now that I've finished the TV episodes from the 1999 series.
That's not including the buttload of seasonal shows that I'm watching. Some of my favorites out of them would be Wandering Witch - The Journey of Elaina, TONIKAWA: Over the Moon for You, Is It Wrong to Try to Pick Up Girls in a Dungeon? III, Is the Order a Rabbit? BLOOM, Jujutsu Kaisen, Higurashi: When They Cry - GOU, and Moriarty the Patriot. 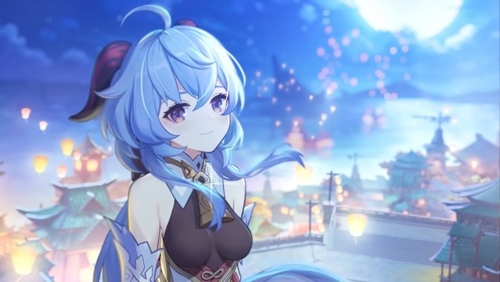 Currently (supposed to be) reading The View from the Cheap Seats by Neil Gaiman, but I've been preoccupied with other stuff. I'll get back to it today, though. I love that man's work.

Currently watching: Killing Eve on Amazon Prime. Also just watched Operation Finale on Netflix (just for Oscar Isaac), but to my surprise it turned out to be a really good movie.
Last edited: Dec 5, 2020
★ My Aprimon Trade Shop ★
For real-time trade co-ordination you can catch me on Discord at @Gigarchomp#2018 !!!​

Currently reading Thrawn by Timothy Zahn. One of my brother's Star Wars novels.

Reading this disgustingly fanservicey and borderline idiotic light novel called The Invincible Shovel. I only have volume 1 (thankfully), and I'm halfway through said volume. It's a mess full of the dumbest humor I could possibly encounter in a light novel series, but I guess it's slightly better than the thing taking itself completely seriously.

Currently watching through "Anohana: The Flower We Saw that Day"

Just read the final chapter of the first "part" of Chainsaw Man.

I am SO hyped for the anime, and also for the part 2 manga.

Does Critical Role count? If so, that. :P

Anime: Just finished You & Me. A cute anime revolving around a group of friends that hang out together. A decent watch if you're looking for something that isn't too plot heavy.
Non anime: After life. A Netflix show starring Ricky Gervais about his character dealing with life after his wife passes away from cancer.
This show is phenomenal. Gervais captures the despair and anger someone feels when losing a loved one perfectly. I absolutely love this show. but I'm holding off on watching Season 2 because I dont want to watch it and then wait for Season 3. It has a lot of harsh language, and some explicit conversations. Watch at your own risk.

I've also been watching a few Webtoons on Tapas and...well, Webtoons.
the Beginning After the End is what all Isekai like anime should aspire to be. It's so much better than most of the Isekai that have come out recently. I cannot recommend that comic enough. I really hope that eventually gets an anime adaptation like Tower of God did.
I also reas Magical Boy, which just ended and was really damn good.
it's about a young trans boy named Max who learner's he's the descendant of a family of Magical Girls who are tasked with stopping evil. It's a great little comic. They're both pay to read, but each episode is fairly cheap (less than $1 iirc)

I'm a huge My Chemical Romance fan so I've been itching to watch this for ages. I've got 3 episodes left of Season 2, having only started watching it Boxing Day. Really enjoying it :).
Anthrix's Giveaway Thread
5IV Pokémon Within!!
ALSO GIVING AWAY 6IV POKÉMON TO HELP GET PEOPLE INTO BREEDING COMPETITIVE MON'S

Umbrella Academy is a delight! The soundtrack slaps too, thanks Gerard! Can't wait for the next season.

Meanwhile, I'm halfway through The Expanse (on Prime), almost at the end of Season 3, and absolutely loving it! Also watching The Mandalorian Season 2 simultaneously because I love Pedro Pascal, but The Mando series itself is... not my thing.
★ My Aprimon Trade Shop ★
For real-time trade co-ordination you can catch me on Discord at @Gigarchomp#2018 !!!​

Currently rewatching rwby while I draw so I can get caught up on season 8. bees better be canon soon

also planning to watch Hilda season 2 soon-ish. it’s so cute and i know some people that worked on it :3

i kinda wanna check out the live action of sweet home bc I thought the webtoon was real spooky (i did stop reading it bc I was busy with school so I’ll finish it eventually) but also I’ve always been too scared to actually watch any horror stuff. Decisions, decisions.....
check out my art pls :3c

Get your game on!

I have been watching a lot of Revolutionary Girl Utena and Cowboy Bebop lately.

I'm reading The Book of Pastoral Rule by Pope St. Gregory. I got it for Christmas, and he's my patron saint!

"Et lux in tenebris lucet."​
You must log in or register to reply here.
Top